One might think that following destination marketing trends is pointless. Why bother selling a place that’s as magnificent as the one you are in?

Think about it this way. A mere century ago, most people never left their hometown. Travel was simply too expensive and dangerous. Few sightseeing spots are literally to die for, wouldn’t you say?

Then the engine came into play breathing the life into the travel industry. People could finally go wherever they wanted in relative comfort. Where’d everyone go?

Paris, Rome, London – you know, the places everyone has heard legends about since they were able to speak and listen.

Here’s the thing: There’s but a handful of legendary landmarks around the globe. The world has only 7 Wonders and most of them have fallen into the “been there done that” category in a blink of an eye.

Where will people go after seeing them?

To wherever is trendy!

This simple formula applies to more than just the tourists. Travelers, students, people looking for relocation opportunities, as well as prominent investors have one trait in common – they are looking for the place they’ll enjoy being in. So whether you like it or not, DMOs can make or break the attractiveness of a location, especially in our internet-fueled day and age.

Trends VS patterns in destination marketing

A great visual is worth a thousand words when it comes to selling a location. Breathtaking sights of mountain paths or the reflection of the moon in a sparkling ocean

But that’s not a trend. It is a pattern. People have always loved juicy visuals and they always will so using a video in your marketing is the norm.

Pinpointing what’s hot at the time and utilizing it to your advantage is following a trend. The difference here is that patterns are strategic, long-term-oriented elements of the sales process; white trends are tactical in nature. They give you the biggest bang for your buck, even if only for a moment.

In simpler words, patterns are permanent. You can’t lose track of them even if you tried. That’s why they are the backbone of your marketing strategy.

Trends are more like a grenade. Use them once to really make an impact but if you’ll miss…
You didn’t need that leg anyway, did you?

People are different. Some even like pineapples on their pizza.

You can’t blame them for preferring a rustic city with ancient architecture and an intriguing murder mystery behind that one mansion on the cliffside over sandy beaches filled to the bring with tequila and sunshine.

But you can combine and sell both. All you need is a willing partner in crime!

You don’t have to go far for inspiration. Just take a look at the aspiring video by Visit Denmark and Icelandair. Now try if you can say a word that’s not “magical”.

Was the choice to combine the best of two worlds – the raw and powerful nature of Iceland and the comforting, quiet streets of the ancient Copenhagen – a risky move? It sure was.

More on the matter, one of the partners had much more at stake than the other.

Even their goals were different with Icelandair being more focused on ticket sales while Visit Denmark’s goal lied in raising awareness and creation of an emotional bond with the viewer.

And yet this combination of art has shown that the lack of commercial alignment to a brand can indeed speak in sales volumes if done right.

Add the ability to visit two interesting places instead of just one and you’ll get one of the sweetest cherries on the co-marketing cake.

Speaking of great videos, have you seen the latest gem by Tourism Australia? Their Super Bowl ad hits all the right spots by combining great humor with sheer raw star power. Heck, the ad was made to become social media gold before it was ever made.

Here’s the thing. We’d all love to see as much of Thor’s godlike smile as possible. Not everybody has the budget though.

So should we stick to plain old collages of picturesque locations with “the voice of God” reading boring narrations?

The smart DMO will be on the lookout for micro influencers in 2019.

According to the textbook definition, a micro influencer is a person with 50K to 300K followers. According to real life, they are the guys who offer an ROI of $7.65 on every dollar spent on advertising.

Having a smaller audience allows for simpler management of tighter communities, hence micro influencers on Instagram enjoy seven times the engagement of your typical run in the mill major star.

Oh, and their service comes at a fraction of the cost so yeah, they are a must-have tool for DMOs on a tight budget.

We tend to see tourists as travelers from a faraway land of mystery. This causes an interesting domino effect: Many DMOs overlook the local market.

Believe it or not, but locals right now are one of the best value propositions for visiting a destination.

More on the matter, you can have your locals sell the destination for you very much as Aruba Tourist Authority did for Aruba.

With New Yorkers being the lion’s share of their tourists, Aruba is kicking their sales in NY’s Grand central terminal using 150 posters featuring local people explaining why they believe New Yorkers should visit the tropical paradise.

Get inside their heads

Try to think of a commercial you’ve seen on TV. What’s the first thing that comes up your mind?
The odds are your mind will travel to its darkest corner to unveil a dark power that was dormant there for months, years, or even decades.

An evil like the “I’d like the world to sing” by Coke, “Meow, meow, meow” by Meow Mix, or the Big Mac ad with Grover.

Why wouldn’t you? These commercials were made to be catchy. They were designed to get into your head.

What if someone told you that you can do the same for your destination marketing efforts?

Maybe go for something less evil though. Something like… word associations.

Sonoma County Tourism has officially launched a destination brand for Sonoma, California in September of 2018 with a bang!

The County has surveyed more than 1,000 travelers to find out which words they associate with the place. The list ended up composed of great ad material like “real”, “connecting”, “progressive”, and “fiercely independent”.

All of these words are easily summarized in a colorful montage. All of them have the potential of getting inside your head so you’ll think about Sonoma the next time you hear these words. 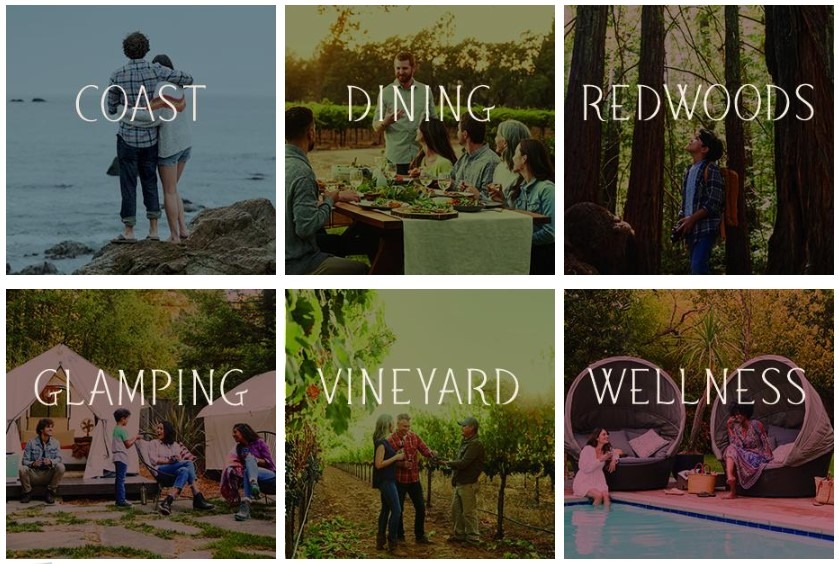 Get up close and personal

You have all of the world’s technology at your disposal. Everyone and their mother is selling Big Data nowadays. Social media has made tracking the interests of a certain audience simpler than ever.

Why waste all of this magnificent potential then? Surely your destination will find a great use for the terabytes of data gathered by the “smart” world around us.

Start with creating a fictional Facebook page for your ideal visitor. Who will that person be? Where he or she will come from? What’s that person’s income? What is his occupation? Is that person coming to you or away from something at home? Why did the person come here and not somewhere else?

Pro tip: Pay attention to this one as this is an amazing skill few marketers seem to master. Combine Big Data with common sense.

What combines all of the examples we’ve mentioned before? Whether it’s a good laugh, a jaw-dropping spectacle, a taste of creative liberties, or an insider’s look, they all offer real value to the potential visitor.

Every exceptional ad campaign in the world, location marketing or not, gives people what they want.

Start building unique experiences for your visitors. Learn from them. Adapt. Overcome. Serve the ultimate experience of their lifetime. Then you won’t have to sell anything ever again.

By submitting this form, you agree to Tourism Tiger contacting you via email.

This is a guest contribution by Alex Seryj from Regiondo - Europe's leading booking software for tour and activity operators.

Standing Out From Your Competitors

A Guide to Winter and Cold Weather Tours

(opens in a new tab)