Want to Be Successful? Change Your Beliefs

With Tourism Tiger being fully loaded with projects, I thought I’d spend my time checking out tourism websites(opens in a new tab) around the world, looking for more inspiration.

I had loads of fun researching all types of websites, from a 1-page site using WordArt (circa 1999) to the latest in design launched only a few weeks prior.

On a few occasions, I reached out to the site owner, offering free advice in exchange for 15 minutes of their time. One such small operator based in the Bahamas (I’m going to call him Chris) said no and gave me this advice:

If it ain’t broke…don’t fix it. I ran this adage through my head a few times and thought about it. What if humankind had always acted as though this were true?

We’d all have one of these sitting in the driveway…

We’d catch one of these to work… 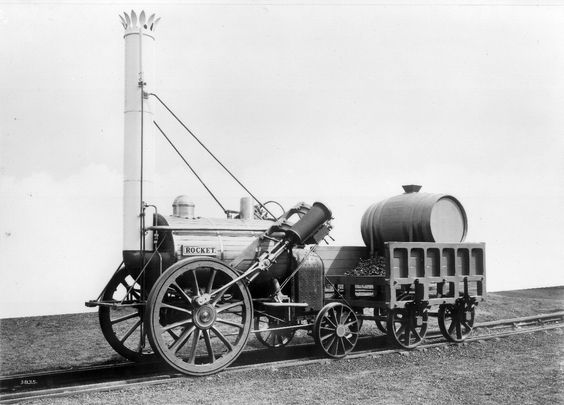 And carry this in our pocket…

You get the picture!

The reason why the above quote doesn’t ring true is because throughout the ages, mankind has always strived for BETTER or MORE.

So why is this statement ‘if it ain’t broke…’ even in our vocabulary? Would Chris have had that same mindset when he set up his business to challenge the status quo? Could it be that it is now impossible for Chris to grow his business further? Of course not. Or more realistically, could it be that Chris BELIEVES there is no more room for growth? That upgrading his assets is an expense rather than an investment?

Let’s take a look at the development of the cell phone as an example. I’m sure your cell looks nothing like the brick above, and even though the one pictured worked just fine at making calls, engineers and designers wanted MORE features and BETTER functionality.

These innovators continually BELIEVE they can bring a better product to market after each new model. They believe that the market is out there and that they are the ones capable of grabbing it. They look at the latest available technology(opens in a new tab) and see where the POTENTIAL is to push the boundaries. Could we put a digital camera in there? Fit more pixels in the screen? Build in a fingerprint ID system?

Once they’ve worked out what they’re going to build, the next step is actually taking the ACTION to build it. Because technology companies, designers, engineers and developers share the belief that they can continuously improve their product, they invest vast amounts of time and money into the project. For every model they build, they learn from their actions, which become stronger each time.

The RESULT is a new, improved model each time. If a prototype isn’t up to standard, do the engineers let it affect their beliefs? No. They go back to their actions and do it better than before.

When the product is launched, do they sit back and admire their work? Not for long. They again assess their actions and what the potential is to push boundaries even further than before.

They don’t get it right first time.

The result? Innovation would slow down or halt. Instead, they make their actions stronger, maintaining the belief they can overcome the problem and achieve the desired outcome. 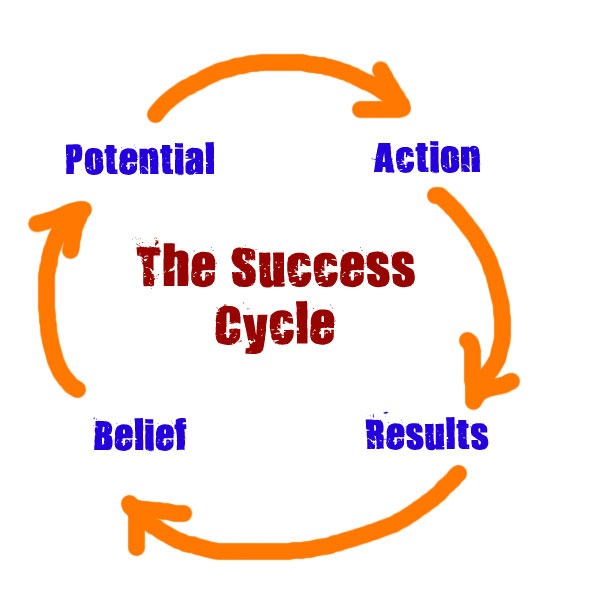 Let’s go back to Chris.

Chris was looking at his RESULTS and thinking, ‘I’ve got the company to a stage where I’m comfortable — this is it’, allowing his past to shape his BELIEF system, whilst ignoring two other extremely important factors.

Has his business reached its full POTENTIAL?

If we look at his market, there are 5-6 million visitors to the Bahamas every year. Does he have 5 million guests a year? Not likely. Checking TripAdvisor and Facebook, he doesn’t appear to be the biggest operator on his island.

Are his ACTIONS and BEHAVIORS the best they could be? Is he doing everything he can to grow? Judging by his seven-year-old website, the answer is no. If he applies the same logic to his vehicles and other assets, then the answer becomes a RESOUNDING no.

Just try this exercise for a few minutes:

Stop focusing on your results for a moment. Step back and think, ‘What further POTENTIAL can I achieve with my business? How many MORE guests/clients could I work with?’

Now turn your attention to your ACTIONS. ‘What’s working for me? What am I doing well? What could I do better? What haven’t I invested enough time or resources in?’

If I do these things better, what will my NEW RESULTS be?

IF you BELIEVE that you can make the changes to create these new results, then you will be motivated to go out and implement them. If you don’t believe it, then these ‘new results’ will just be fantasy, and you won’t put in the groundwork to achieve them. If you do have the belief and resolve to make these changes, take a look at your NEW results.

Sharon had the belief she could generate $1 million per year and put the steps in place to achieve it.

She’s already focused on the next million.

Coming back to Chris’s quote,
If it ain’t perfect, there’s always room for improvement.

Russel is the Director of Business Development at Tourism Tiger. His unique perspective comes from working with some of England’s largest brands, and we are lucky to have him with us. If you want to talk to our team about getting a new website, get in touch with us!

Why You Should Focus on Backlinks for Your Tourism Business

The Importance of Identifying USPs for Your Tourism Website