Peter Lewis is the co-founder of La Bicicleta Verde, a Chile-based biking and walking tour company that operates in Santiago, Valparaíso, San Telmo, and Viña Del Mar. I spoke to him this month to find out about his story, his career highlights and challenges, and his company’s best strategies. Here’s the interview: 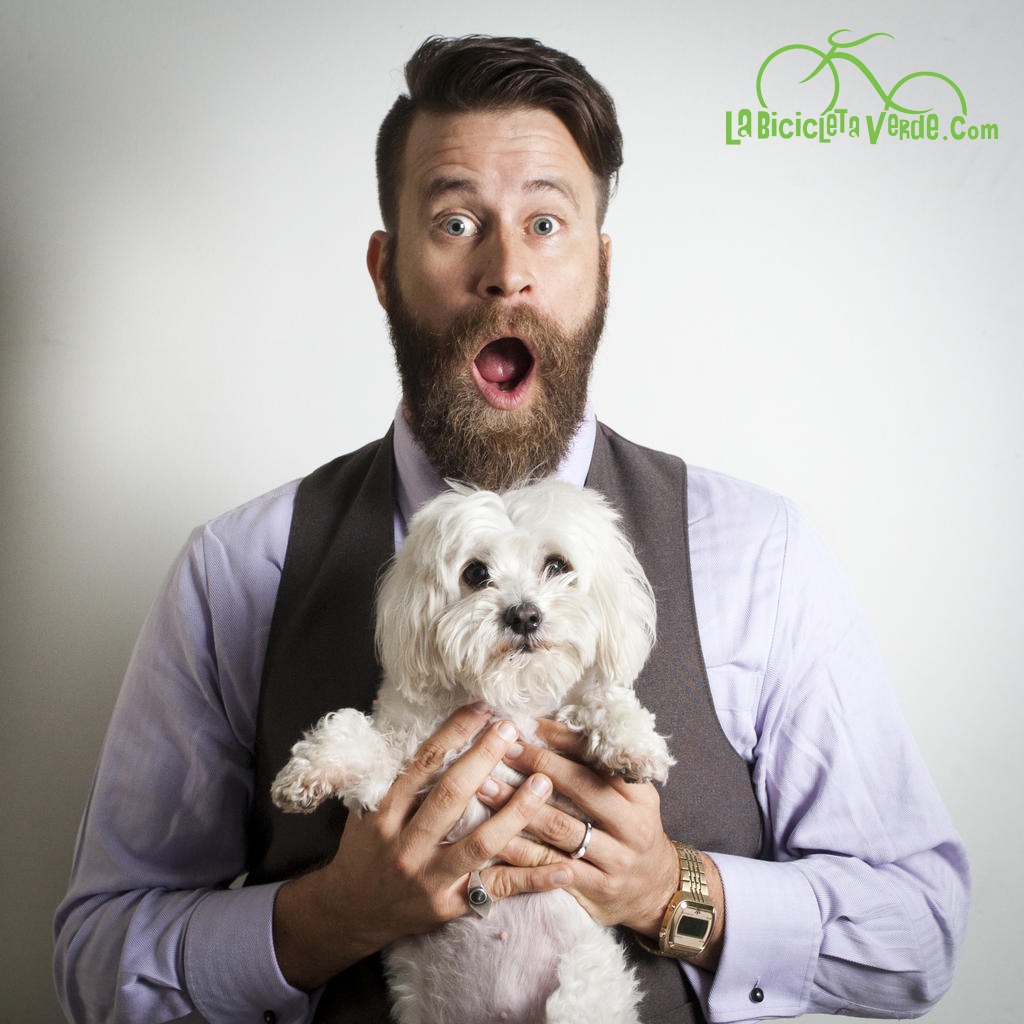 How did you get started in the tourism industry?

I was a professor at the University of Chile starting in 2006. I started to realize I was getting pigeonholed as a full-time academic because I started to apply to different companies to get a little experience in the business world, and I didn’t really get any interviews because I had a strong academic curriculum. I’m guessing I didn’t look very interesting to small- or medium-size companies which I was applying to. So I decided to do something on my own. At the beginning of 2007, I went on a trip to Buenos Aires and I took a bicycle tour, and I thought it was absolutely fabulous. So when I came back to Chile, I realized that there weren’t any good off-the-beaten-path tours in downtown Santiago, in the city that I loved. And I thought the best and cheapest way to start a company would be to start a bicycle tour company.

What’s the best part about being a tour operator?

I think that the HR side of things is probably my favorite part of the job. Working with happy teammates who are happy to come to the office and leave a lasting impression on people who come to Chile. We like to imagine that we only have one opportunity to make you fall in love with Chile. If there’s any way we can leave the lasting impression that you think Santiago and Chile and Chilean people are absolutely stupendous people, we think that marketing will carry over to our company, and it’s good for the overall community.

What has been the greatest single moment in your career in La Bicicleta Verde?

I’ll mention a couple. I have an ongoing relationship with numerous MBA programs that come to Chile to study entrepreneurship and business. I really enjoy working with MBA programs and people who are between the ages of 25 and 35 years old who are making decisions based around salary increases instead of life quality. And the life design that I’ve gained in Chile with my team and friends and employees is so unique, I’m really happy to have a platform

to share with people who business-wise are maybe smarter than me, what I believe to be more emotional intelligence.

Number two is, we’ve had our company for 10 years, so the ongoing relationship has its up and downs with my business partner, a guy that I had never met before we started the company. I met him blindly through a friend’s recommendation, and I proposed the company to him. Ten years later, we still have ups and downs, and it’s kind of like a marriage, but it continues to be fabulous, honest, direct, frank, and emotional. We’ve cried together; we’ve almost gone out of business together 5-10 times. But we’ve also had some awesome moments. Paul McCartney has taken a tour with us twice. Steven Tyler of Aerosmith has taken a tour with us. We’ve been in The New York Times two times. In 2014, we were named the most innovative tourism company in all of Chile by the Chilean government.

What has been your biggest challenge?

We’ve had some huge challenges, both externally and internally. The external challenges were in 2008 with the financial crisis, in 2009 with the swine flu crisis throughout South America, and in 2010 with the earthquake. All of those variables were things that made it so our customers, who are primarily international customers, didn’t come to Chile. Internal challenges are when you go from being a five- or six-man team to deciding to grow and expand. So in 2012 we had a manager who left, which was a growing pain for us, and we had to find a way to take his set of skills and develop ourselves more professionally, to divide ourselves into different departments. Whereas before, when you’re five people, everybody does a little of operations, sales, and finance.

What advice do you give others who are going through the same internal transition?

Reach out to other tour operators like myself, and ask advice from people you admire in your industry or other industries. I think the cross-horizontal sharing of information is easier and more applicable than reading a book or getting an MBA. 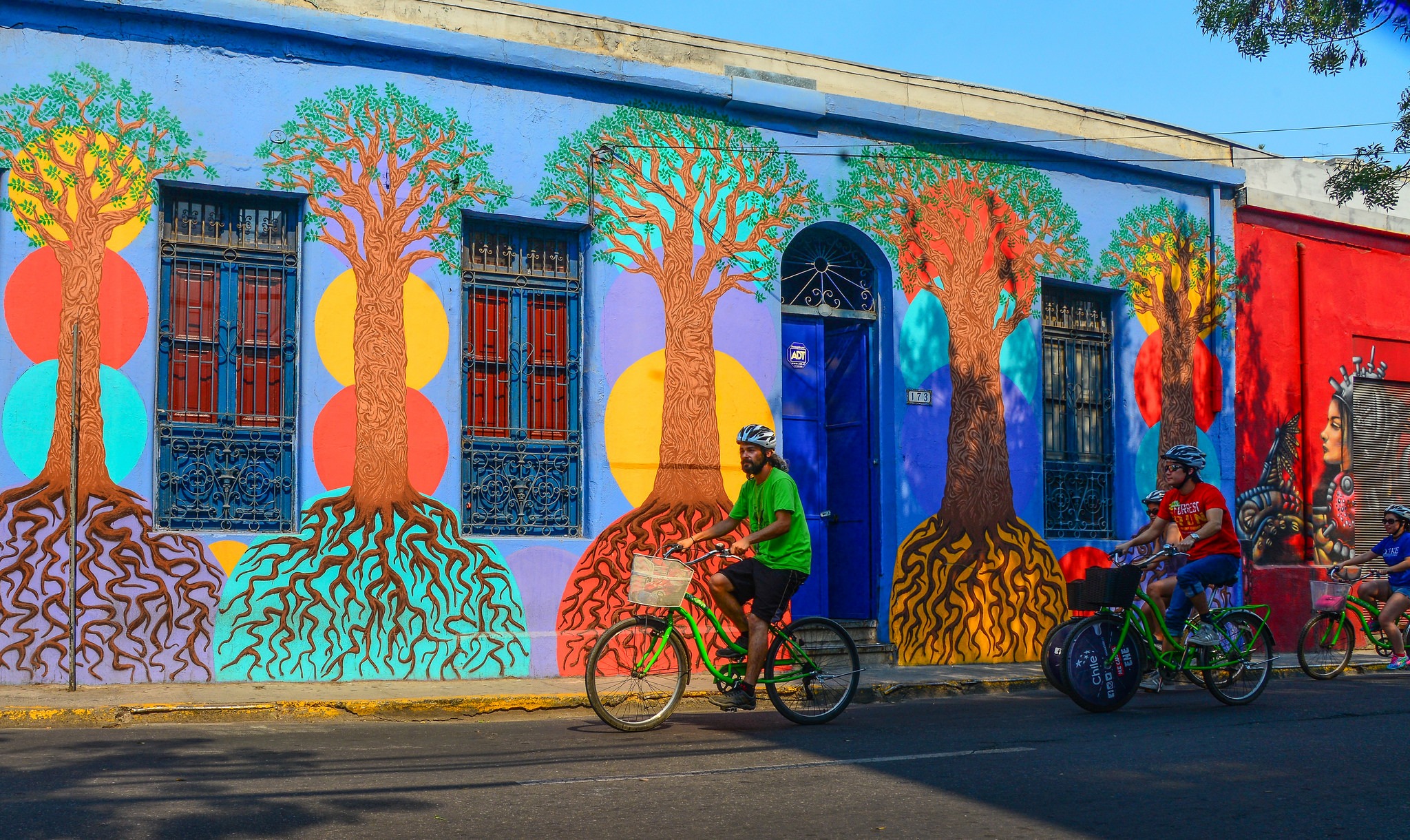 I’ll say two things: one is that we have always had a 100% satisfaction-guaranteed policy. Absolutely every customer who takes a tour with us takes a survey upon finishing the tour. And if they give us a 9 or a 10 (on a scale of 1-10), we don’t ask them if they want a refund. If — on the question of “would you recommend us to a friend or fellow traveler” — they give us a 1-8, we immediately send them an email or approach them before they leave the office, and we ask them what they think the tour was worth and if they want a partial, half, or full refund. I think that allows people to pay you money in advance because they know that you’re willing to stand behind your quality.

The second thing I would mention is knowing who your customer is not. We do a lot of anti-marketing about who should not take a tour with us. If you’re lazy and like to sit on your ass and a bus tour is what you’ve normally done in the past, we rifle off about why you shouldn’t take a tour with us because we don’t want you complaining. We’re a company that is pro-gay and talks a lot about politics and societal changes and societal reform. About anywhere from 10-25% of our company at any given time is gay, so we have a blog post on our website saying that if talking about politics, what happened in 1973, the gay movement, different types of immigration laws, stray dogs, or public health issues is uncomfortable or not what you’re looking for in a tour company, we’re not the right option for you. We stand out by dissuading customers who are going to be unhappy with our service so that we don’t have to refund their money, and we use that as a marketing tool for people who are obviously not like that and are attracted to us.

You get a lot of business from local hotels and hostels. How have you pulled this off?

Generally, what we try to do is get the concierge or receptionist to take a tour with us. We pay commissions to hotels and hostels who openly recommend us and make the reservations directly. We also, in my opinion, print and distribute the best map of Santiago and Valparaiso. We print 245,000 maps a year, and we deliver them to every hotel and hostel.

What do you look for when hiring a new guide?

We look for primarily three things. One is that they’re passionate about the city that they’re applying to work in. If you’re applying to work in Santiago, Valparaiso, San Pedro, or Viña Del Mar, you have to be able to explain in one paragraph why you love the city you want to work in. And second, you have to be able to explain that in pretty good fluent English before we interview you.

And third, we look for in the interview how well you are communicating your passion for the city and your passion for interacting with people, whether it’s working with Chileans, grade schoolers in Chile, high schoolers, or how good you are at communicating with foreigners. One of the key things about being a tour guide is not necessarily knowing your information perfectly: it’s about being interested in other people and asking the right questions.

What advice would you give to those who are just starting out in the tour industry?

I would say the same thing. Talk to people that you admire in the industry and just ask as many questions as possible because the advice that I give you might not apply to you; my history or my mistakes might work but not necessarily my advice. So they should talk to 10-20 of different types of Peters and ask 10-20 questions. The majority of small business owners that I know will always open the door to you. I’ve never asked for a Skype or phone call with someone similar to me or bigger than me who wouldn’t give it to me. Not one person has ever said no to me.

The Benefits of Black Friday for Tour Operators

The Importance of the Sidebar on Your Tourism Website

What Is The Slow Travel Movement And Why You Should Care